JUJ (Jews United for Justice) voted in as a
Member of the JCRC Council!

of children and parents at our Southern border 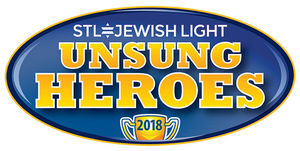 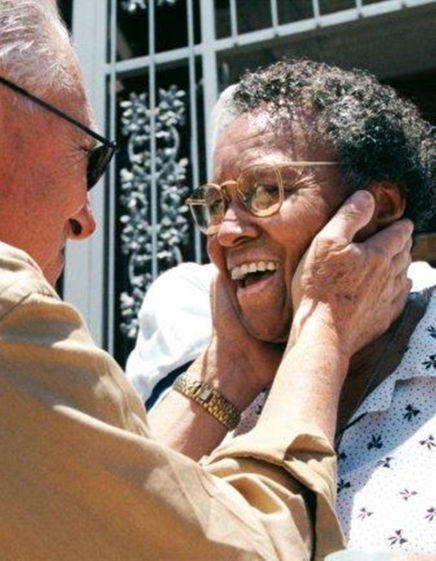 Recent Events
Our Moral Agenda: Ending Predatory Lending
On Feb 20 dozens of clergy and faith leaders from across the state will come together in our state Capitol to declare our moral agenda: raising the age of those tried in our adult justice system to 18, supporting a moral budget, and capping interest rates on payday loans.
For years we have called for action from our legislature on predatory lending. Last year Speaker Todd Richardson committed to Faith Voices and Greene County Baptist pastors to assign our bill to committee and did. This year, we are over five weeks into session and instead of assigning the same bill to committee, the House has formed a committee to study the issue of short-term loans.
As people of faith we witness firsthand the devastation these products bear on our communities. Charging an average of 455% these predatory lenders drain over $300,000,000 from our state every year. 90% of the payday industry’s profits come from trapped borrowers. Families pay fees upon fees upon fees, lining the pockets of predatory lenders in exchange for what was advertised as a quick fix. In reality, it is a stepping stone toward bankruptcy. We do not need to study this issue. We need action on this moral issue.
Can you support our moral agenda and call Speaker Richardson today and ask him to assign HB1541 to committee?
Call: 573-751-4039
Share where you live

Explain why you are concerned about predatory lending.
Ask that he assign HB1541 to committee and get a hearing scheduled. Our communities cannot wait.
Want to join us in the Capitol tomorrow? You can still sign-up until 5:00 PM tonight.

As part of the Ferguson Report response, the JUJ Opportunity to Thrive Task Force is working in coalition to reduce predatory lending.
Missouri Faith Voices, one of the groups we hope to work with on these topics, is having legislative visits and a press conference in Jefferson City on February 20 to support these efforts.
If you will be there for another reason or if you can attend please let JUJ know at info@jujstl.org and also let Missouri Faith Voices know by replying below.
thanks

Yom Kippur
In response to our recruiting efforts Central Reform Congregation kindly invited us to conduct a session during Yom Kippur afternoon. It was very successful for many reasons. After a welcome we let people talk about their ideas for a few minutes;
Then Richard Gavatin distributed and discussed the Haftorah portion for the day that calls for social justice advocacy. You can read it here
Each of the four task force leaders gave a short description of their goals and work and then for the rest of the session we invited people to go to the task force(s) of their choice and visit and sign up.
Over 70 people participated and we are looking forward to seeing them all active in the future.

Read about JUJ in the Jewish Light (April 2017)

From the devastation at a Jewish Cemetary

JUJ formed four Task Forces
as a result of the Ferguson Commission report:

Read about our Task Forces

Welcome to join them.
For General Questions, please Send us an email

Youth at the Center
Renee Marver

Site created and maintained by Richard Gavatin of IMS, Inc.