ELUL
Meditations and
Inspirational Thoughts ….
A Time for Reflection

Until the great mass of the people shall be filled with the sense of responsibility for each other’s welfare, social justice can never be attained.  Helen Keller

Striving for social justice is the most valuable thing to do in life.         Albert Einstein 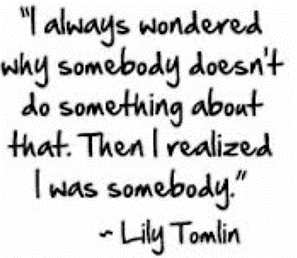 Each time a man stands up for an ideal or acts to improve the lot of others or strikes out against injustice, he sends forth a tiny ripple of hope.         Robert Kennedy

If you join a fight for social justice you may win or lose, but just by being part of the struggle, you win, and your life will be better for it.         Howard Zinn

The hope of a secure and livable world lies with disciplined nonconformists who are dedicated to justice, peace and brotherhood.        Martin Luther King, Jr.

There are two ways of exerting one’s strength: one is ushering down, the other is pulling up.
Booker T. Washington

The Lord loves righteousness and justice; the earth is full of his unfailing love.
Psalm 33:5

Never doubt that a small group of thoughtful, committed citizens can change the world; indeed, it’s the only thing that ever has.
Margaret Mead

Be the change you want to see.
Mahatma Gandhi

There comes a time when one must take a position that is neither safe, nor politic, nor popular, but he must take it because conscience tells him it is right.
Martin Luther King, Jr.

The challenge of social justice is to evoke a sense of community that we need to make our nation a better place, just as we make it a safer place.      Marian Wright Edelman

Never, never be afraid to do what’s right, especially if the well-being of a person or animal is at stake.
Martin Luther King, Jr.

Open they mouth, judge righteously, And minister justice to the poor and needy.
The Bible, Proverbs 31:9

Preservation of one’s own culture does not require contempt or disrespect for other cultures.
Cesar Chavez

History will have to record that the greatest tragedy of this period of social transition was not the strident clamor of the bad people, but the appalling silence of the good people.
Martin Luther King, Jr.

Like slavery and apartheid, poverty is not natural. It is man-made and it can be overcome and eradicated by the actions of human beings.        Nelson Mandela

It is from the numberless diverse acts of courage and belief that human history is shaped. Each time a man stands up for an ideal or acts to improve the lot of others or strikes out against injustice, he sends forth a tiny ripple of hope, and crossing each other from a million different centers of energy and daring, those ripples build a current that can sweep down the mightiest walls of oppression and resistance.
Robert Kennedy

Without food, man can live at most but a few weeks; without it, all other components of social justice are meaningless.
Norman Borlaug

The measure of the greatness of a society is found in the way it treats those most in need, those who have nothing apart from their poverty!        Pope Francis

Of all the forms of inequality, injustice in health care is the most shocking and inhumane.
Martin Luther King, Jr.

In America, your zip code or your socioeconomic status should never determine the quality of your education.

It is not beyond our power to create a world in which all children have access to a good education.
Nelson Mandela

The vices of the rich and great are mistaken for error; and those of the poor and lowly, for crimes.
Marguerite Gardiner

The trouble is that not enough people have come together with the firm determination to live the things which they say they believe.
Eleanor Roosevelt

Charity is no substitute for justice. If we never challenge a social order that allows some to accumulate wealth—even if they decide to help the less fortunate—while others are short-changed, then even acts of kindness end up supporting unjust arrangements. We must never ignore the injustices that make charity necessary, or the inequalities that make it possible.
Michael Eric Dyson

They who are to be judges must also be performers.
Aristotle

Through faith, we experience the world;
through action we give the world meaning.
Leo Baeck, from The Essence of Judaism

There may be times when we are powerless to prevent injustice, but there must never be a time when we fail to protest.
Elie Wiesel

Our lives begin to end the day we become silent about things that matter.  Martin Luther King, Jr.

How wonderful it is that nobody need wait a single moment before starting to improve the world.
Anne Frank

Learn to do good; seek justice, correct oppression; bring justice to the fatherless, plead the widow’s cause.
Isaiah 1:17

The happiest people I know are those who lose themselves in the service of others.
Gordon B. Hinckley

Unless someone like you cares a whole awful lot, nothing is going to get better.
Dr. Seuss

I wish I could say that racism and prejudice were only distant memories. We must dissent from the indifference.
Thurgood Marshall

I want to live in a world where people become famous because of their work for peace and justice and care. I want the famous to be inspiring; their lives an example of what every human being has it in them to do act from love!
Patch Adams

Any definition of a culture of peace must address the problem of achieving justice for communities and individuals who do not have the means to compete or cope without structured assistance and compassionate help.    Mahnaz Afkhami

I have a dream that my four little children will one day live in a nation where they will not be judged by the color of their skin but by the content of their character.
Martin Luther King, Jr.

I will sing of your love and justice, Lord. I will praise you with songs.
Psalm 101:1

An eye for an eye makes the whole world blind.
Mahatma Ghandi

True peace is not merely the absence of tension; it is the presence of justice.
Martin Luther King, Jr.

With malice toward none, with charity for all, … let us strive on to finish the work we are in, … to do all which may achieve and cherish a just and lasting peace among ourselves and with all nations.
Abraham Lincoln

Back to the JUJ homepage