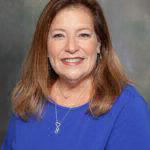 Jewish Federation of St. Louis has announced the award winners to be honored at the 2019 Annual Meeting on Thursday, September 12. The Fred A. Goldstein Award for Professional Leadership and David N. and Roselin Grosberg Young Leadership Awards will be presented, along with the RubinBrown Corporate Leadership Award.

Alper’s work on behalf of NCJW has her representing a primarily Jewish organization while collaborating and convening with the broader community around issues of importance to women, children, and families. Her leadership and vision in refocusing NCJW’s advocacy and social justice work has catapulted the organization into an even stronger community profile including an increased presence in Jefferson City by NCJW staff and volunteers, in working and testifying on legislation concerning human trafficking, domestic violence, daycare safety issues, and improving access by low-income women to reproductive healthcare.

Other initiatives under Alper’s leadership include the Higher Ground Committee, identifying gaps in service to victims of domestic abuse, NCJW Human Trafficking work, and The Healing Hearts Bank, NCJW’s first hands-on community service project providing small loans for domestic violence survivors, which was awarded the FOCUS-St. Louis “What’s Right with the Region” Award in 2015. Alper is a life member of Women’s Philanthropy of the Jewish Federation of St. Louis, having served as President of the Business and Professional Women’s group.

We could not be any prouder!

Back to the JUJ homepage